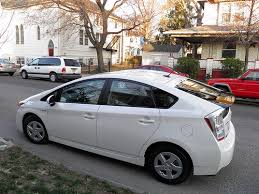 We all want to do our part in saving the environment and hybrid cars are a great place to start. They are much more fuel efficient than their gas guzzling counterparts and they also cut down on emissions. Many people have reservations when it comes to hybrids however. These eco-friendly vehicles are often in the headlines, but in the end, most car buyers end up choosing one of the more conventional options.

Are these reservations well-founded? – Probably not. There are many common myths that surround the hybrid vehicles of today and many of them are unfounded. Hybrid cars are a good choice for many people and they have much to offer. Here are just a few common myths about hybrids and when you discover that they really are myths you might end up with an entirely new outlook about making a hybrid your next vehicle.

That may have been true a few years ago, but recently automakers have caught on that Americans like power, even while trying to conserve gas. The Volkswagen Jetta, for example, sports a pretty impressive 17 hp with 184 pound feet of torque thrown in. It surges off the line just as quickly as some of the sport sedans due to a combination of an electric motor that is torque rich and the turbo charged gas engine. The Ford Fusion and Toyota Camry hybrids are great choices for larger hybrids that pack a nice punch.

This myth is almost laughable. Since the introduction of Toyota’s Prius hatchback in 2004, it has received nothing but praise for its practicality. When compared to other family sedans in the same price range, the Prius’ hatchback cargo area, as well as the fold down back seats, set it a cut above the rest when it comes to hauling duty. The same is true for nearly every other member of the Prius family as well. The Prius c and the Prius v have an amazing amount of cargo space. If you want something other than a Prius, the Honda Insight and the Ford C-Max are worthy rivals when it comes to hauling capacity. If you need even more cargo room, hybrid crossovers such as the Toyota Highlander Hybrid may be just what you’re looking for.

They are High Priced

As with many other myths, this may have been true in the past, but not anymore. If mainstream sedans like the Chevy Malibu or Honda Civic are within your price range, you are already in the range of most hybrids. The tiny Prius c has a base of less than $20,000 and the same holds true for the Insight. The Fusion or Camry hybrids are comparable in price to many conventional mid-level family sedans. Don’t let price deter you from looking into hybrids, if you’re ready to give one a try, there is almost surely one that is within your price range.

Now that we’ve set the record straight, there should be nothing holding you back from giving one of these peppy, fun, eco-friendly vehicles a test drive next time you’re buying a car.